The following is an excerpt of a paper presented by Michael Rikon, “Property Rights as Defined and Protected by International Courts,” which was presented at 2015 Brigham-Kanner Property Rights Conference, The Hague, Netherlands, on October 21, 2015.

The right of an individual to own property may be traced to the French Revolution and the United States Bill of Rights.  As American Lawyers, we assume, not only the right to own property, but the right to compensation if that property is taken by the government.  That process is known as eminent domain.

Eminent domain is the right of the sovereign to take your property.  It is an inherent power of government that is necessary for the fulfillment of sovereign functions.  The idea that the government has the power of eminent domain goes back in English history to Magna Carta in 1215.  This was the first time that the idea was written into law.  Magna Carta was the first official document in English history that required the monarch to obey the written laws of the government.  Article 39 of Magna Carta says: “No freemen shall be taken or imprisoned or disseized or exiled or in any way destroyed, nor will we go upon him nor send upon him, except by the lawful judgment of his peers or by the law of the land.”  Indeed, one will find nothing in our Constitutions creating the power, only limitation on its exercise.  That limitation is found within the Fifth Amendment to the United States Constitution ‘…nor shall private property be taken for public use, without just compensation.”  These limitations are made applicable to the States by the Fourteenth Amendment.  The Fifth Amendment to the United States Constitution was adopted on December 15, 1791.  The New York State Constitution similarly provides, “private property shall not be taken for public use without just compensation,” N.Y. Const. Art. I, Sec. 7(a).  There are similar protective provisions in place in the other 49 State Constitutions.

Considering the fundamental role of treaties in international relations and recognizing the importance of treaties as a source of international law, the Vienna Convention on the Law of Treaties was adopted in 1969.  The Vienna Convention on the Law of Treaties regulates the conclusion and entry into force of treaties, the application and interpretation of treaties as well as the amendment, invalidity and termination of treaties.  According to Article 2 of this multilateral agreement, a “treaty” means “an international agreement concluded between States in written form and governed by international law, whether embodied in a single instrument or in two or more related instruments and whatever its particular designation.”  A treaty concluded between one or more States and one or more international organizations, or between international organizations, can also be referred to as a treaty.  According to Article 38 of the Statute of the International Court of Justice, “international conventions, whether general or particular, establishing rules expressly recognized by the contesting states” must be applied by the Court, when deciding disputes that are submitted to it.  From this one can conclude that treaties are one of the principal sources of public international law.[1]

The International Court of Justice

The International Court of Justice (“ICJ”) has a twofold role.

First, it settles, in accordance with international law, legal disputes submitted to it by States.  Such disputes may concern, in particular, land frontiers, maritime boundaries, territorial sovereignty, the non-use of force, violation of international humanitarian law, non-interference in the internal affairs of States, diplomatic relations, hostage taking, the right of asylum, nationality, guardianship, rights of passage and economic rights.

Second, the ICJ gives advisory opinions on legal questions referred to it by duly authorized United Nations organizations and agencies.  These opinions can clarify the ways in which such organizations may lawfully function, or strengthen their authority in relation to their member States.

The ICJ consists of 15 judges, all from different countries, who are elected for a period of nine years and can be re-elected.  One third of the composition of the Court is renewed every three years.  The President of the Court is elected by his peers every three years; the current President is Judge Ronny Abraham from France.  The hearings of the ICJ are always public.  French and English are the official languages of the Court.[2]

Recognizing the Right to Property

A right to property is recognized in Article 17 of the Universal Declaration of Human Rights (“UDHR”) which provides as follows:

The right to peaceful enjoyment is found in article 1 of protocol 1 of European Convention of Human Rights.

The European Court of Human Rights has held that Article 1 of Protocol 1 contains three rules:

While the Court has held that Article 1 of Protocol 1 contains the above three rules, it has also determined that the rules should not be viewed as isolated but rather as forming one concept of property protection.

Beyeler v Italy was a case involving a Van Gogh painting, “Portrait of a Young Peasant,” purchased by Ernst Beyeler, a well-known Swiss art collector.  The sale took place in Italy, which has laws protecting historical and artistic interest.  The sale was reported to the Italian Ministry of Cultural Heritage.  The Ministry showed interest in acquiring the painting.  However, it had a limited budget for this purpose.  The Ministry exercised its right of pre-emption, which was challenged by Mr. Beyeler.  All challenges in Italian Courts resulted in dismissal.  Mr. Beyeler then applied to the European Court of Human Rights arguing that there had been a violation of Article 1 of Protocol 1 of the European Convention for the Protection of Human Rights and Fundamental Freedoms which guarantee the peaceful enjoyment of ownership rights.  The Court held there was a violation and ordered the Italian State to pay Mr. Beyeler an amount of 1,355,000 Euros.

[3] The Right of Property (Article 1 of Protocol 1 of ECHR.  http://echr-online.info 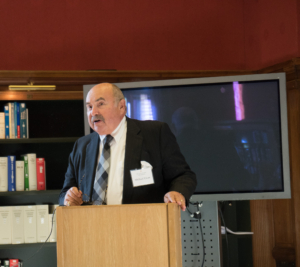 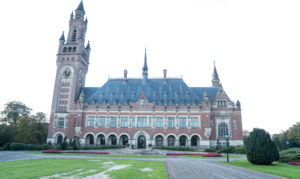 View all posts by Michael Rikon →
A Perfect Example of The Highest And Best Use Concept
WHEN A JUDGE GETS IT ABSOLUTELY RIGHT: Matter of Village of Haverstraw (AAA Electricians, Inc.)

Attorney Advertising. Prior results do not guarantee a similar outcome.